Over the weekend of June 18th, several regions around Indiana experienced some pretty severe weather. As early as 2:30 pm on Friday afternoon, severe thunderstorms were spotted leaving White and Cass Counties and making their way to Carrol and Miami Counties. The thunderstorm was accompanied by heavy rainfall and wind speeds of up to 40mph.

By 2:47 pm, a flash flood watch was issued for parts of central Indiana as the downpour continued. By 3:16 pm, meteorologists began noticing that the storm had some rotation elements and kept a close eye on the storm in the event that a tornado develops. Fifteen minutes later, tornado warnings were issued for Blackford, Grant, Huntington, Wabash, and Wells Counties. A tornado was later spotted in Jay County, moving towards Ohio. 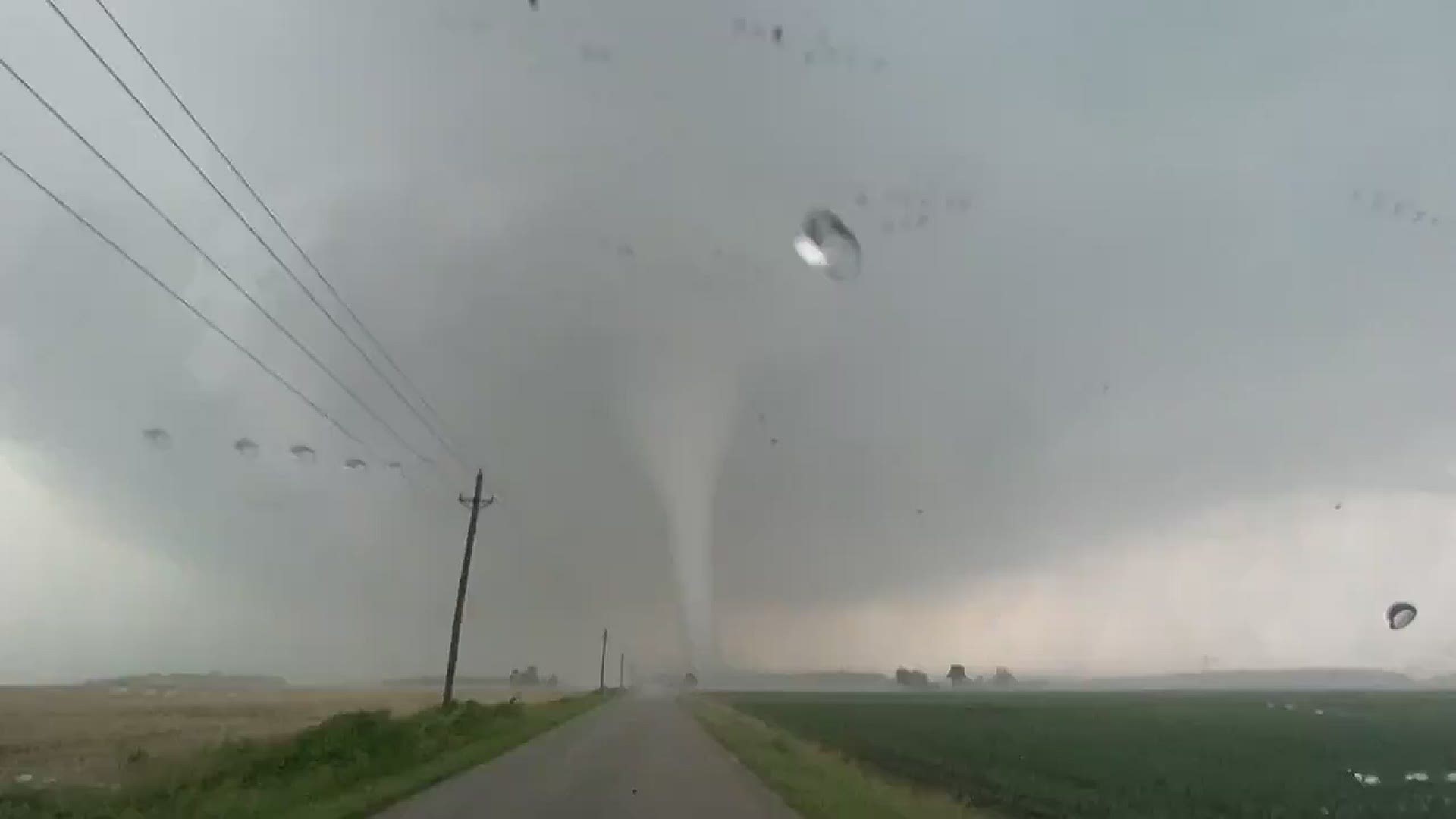 In North Central Indiana, heavy rainfall, damaging winds, and significant hail fall rained down on the area. And several isolated tornadoes formed in the area as well. The tornadoes caused some severe damage in Jay County, near State Road 67 in Bryant, IN.

An intense storm passed over Marion County and was accompanied by significant lightning strikes and strong wind gusts. Hail the size of marbles and golf balls were spotted in Nora.

As the day progressed, bigger and bigger hailstones were spotted throughout the state. In Fishers, a resident recorded one of the trees on her property succumbing to the storm’s strength. Residents were encouraged to stay indoors out of harm’s way as the storm continued to progress.

By Friday evening, more tornado warnings were issued for Shelby and Brown Counties. In Hancock County, the storm downed another tree. Although the tree fell against the property owner’s home, minimal damage was done.

Severe storms continued over the South Central Indiana area, with the threat of flash floods significantly increasing. Drivers were warned to stay off the road and not drive through flooded areas. Some residents documented water seeping into their homes and establishments. Several businesses in Bloomington experienced extensive flood damage.

Owen County was severely hit by the storm and experienced widespread damages. By Saturday afternoon, the county declared a local disaster, with several damaged bridges and more than 30 road closures throughout the county. In New Palestine, one resident took to social media to document baseball-sized hail which had fallen near their property.

At PFM Roofing, we perform professional and efficient emergency roof repair services so that should there be any problems, we can get to work on fixing the problem immediately. For reliable Indiana roofing services, call PFM Roofing today!

Get a Free Estimate